Women in the credit union community

Today is International Women’s Day and we at Madison Credit Union are proud of the strides women have made not only in the financial industry but also in all industries and are supportive in the struggles still facing many women today.

We would like to take this chance to honor our president, Ilene Fritschler. Ilene is an amazing and supportive leader to all of us at Madison Credit Union. She seamlessly handles the role of President and helps all those around her be better workers. With her work ethic, kindness, thirst for knowledge and sense of humor she is a true inspiration to all of us. Below is a brief interview with Ilene and her unique insights into women in the credit union world. 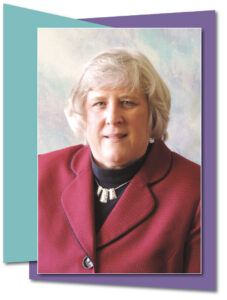 Ilene Fritschler has been president of Madison Credit Union since 2017 and has worked most of her career in the credit industry, 33 years total, 32 of which have been with Madison Credit Union. Through that time she has seen a lot of changes in credit union policies but one thing she has noticed is how credit unions, at least those in Wisconsin, have always actively supported women in management and presidential roles.

Did you aspire to be a credit union President one day? How did you get to your position today?

It was never a goal of mine to be President of a credit union. I was more interested in working in a management position within a credit union. Budgeting and operations were more my areas of strength.

As the Vice President of Operations in a small credit union, I worked closely with the President. Through the years, I had exposure to the duties and responsibilities of the President and served as the backup person in his absence. I also took many credit union specific courses and programs in Human Resources, Compliance and Management. I still continue to take courses to enhance my knowledge and keep my credit union up-to-date on the latest trends and standards.

Did you feel supported by the credit union community?

Yes, I believe the credit union movement is very supportive of women in management positions.

You say the credit union movement is very supportive of women in management positions. Do you see women Presidents in many larger credit unionss?

In Wisconsin, I think that the majority of Presidents in both large and small credit unions are women. When considering other states, the numbers may be closer to half, however I do think there are more women overall who are Presidents of credit unions.

When you started was it common to have a woman President? How have you seen things change in the years since?

I think, in small to medium credit unions, there have always been women Presidents. When I started at Madison Credit Union (then City Employees Credit Union) we had a woman President who had been in charge for several years. More women are now leading larger credit unions then was common when I started. We are also seeing a larger number of women on credit union boards and in upper management positions.

Did you have any women you looked up to for inspiration in your career?

There have been several women over the years that have inspired me to look at things from a different perspective. They’ve shown me it’s good to take a chance if you believe in a new idea or process. Sometimes you’ll get it right and sometimes you won’t, but you’ll never know the successes if you’re not willing to take the risk. There have also been several individuals who have been willing to provide guidance or share their experiences when confronted with new challenges.

What message would you give to young female credit union professionals today?

If you have an interest in advancing in the credit union industry, take advantage of the many certification programs available through CUNA and the Leagues. Participate in the Young Professional Group sponsored by the league. If you have the opportunity, go through the Credit Union Management school program. Let current management at your credit union know of your interest and work to develop a training program to advance your career. Ask employees from other credit unions what their credit union is doing to help employees advance.